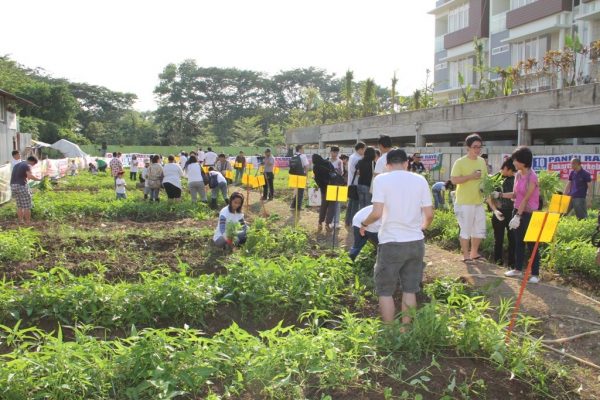 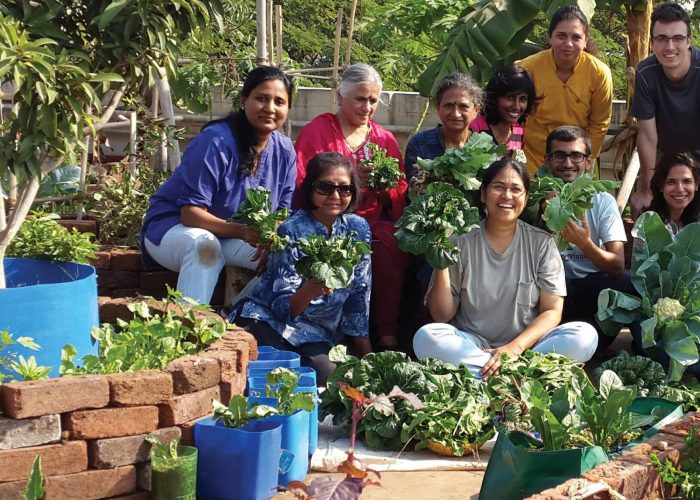 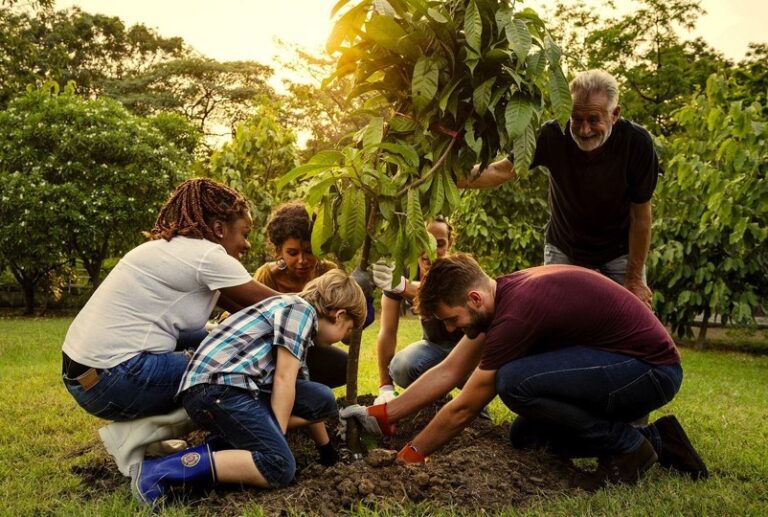 Another WAY of Life

For many, it is their deepest yearning to come into union with those who share their same lifestyle that is deliberately and consciously as well as ethically and morally committed to evolving to the highest calibre of reverence for life, liberty and ‘common wealth’ shared provisioning.

Yet many find it difficult to make in-roads into creating the lifestyle and relationships within communities they imagine they wish to live.  However with a little imagination and effort, most of us can find unity with those of like-mind and ethics by accessing the internet to search Facebook, Twitter and other social media platforms. Joining an on-line Vegan and Animal Rights groups, might provide some consolation for the loss of tribes and traditions we were forced to exit.

Contributing and being part of these on-line groups may meet some part of our instinctive need to fly alongside those of our own kind. Yet as good as a chat on the internet might be, at the end of the day or night, the fact is, everyone is still stuck in their isolated little boxes, trying to carve out a ‘just-tolerable’ existence; just as others in the group are left to do.

Nonetheless, beneath the strong and incessant yearning for conversations and appreciation for our input into the various forms of vegan activism there is often times a biting and gnawing feeling, niggling at us – reminding us that we have only just begun the journey toward union with those who share our same passion and compassion for animals, people and planet.

At heart of this emotional and sometimes even physical turmoil, is the very instinctive draw toward progression and extension beyond all that has already been achieved in the direction of refining the purity of our nature. Once primitive and unevolved habits, tastes, traditions, customs and associations fall away, organically, movement will likely take the place of even the worst forms of procrastination and stagnation. If and when we take the time and make the effort to develop confidence and grow capacity to envision ‘AWOL -Another Way Of Life’, assimilation into physical union becomes the natural progression.

If we believe in ourselves and in the ability of union to fulfill our innate inclination to need and seek ‘birds of the same feather’ to call our own flock, this deep yearning can and will be satisfied.

For many, the inclination to identify, protest and ‘call out’ the cruelly and ignorance they see all around them, undoubtedly satisfies a degree of innate need to be part of activities that contribute to aligning the world with a physical and moral position they can marry with and ‘live happily ever after’. The way many see it is; if they don’t commit to trying to change the world then it will their inescapable destiny to be without a flock to fly with, forever.

While considerable numbers of past and present vegan activists acknowledge protesting the torture, rape and slaughter of animals for food, skins and science is valuable, in and of itself, the many will eventually move beyond from ‘internet bombing’ and ‘placard waving’ activism.  It is true to say that more vegans than not, start out earnestly defending the rights of animals. However, over time, many become weary of protesting – always placing themselves in a position ‘against’ rather than ‘for’ a cause.  It seems if and when opposing the status quo, fails to deliver deeper, more intrinsic animal rights, environmental and socio-economic reforms, able to progressively evolve toward the higher satiation of mind and body for unity, harmony and stimulation, many activists ‘call it a day’ and quit, disappearing from the activist scene.

The draw toward ‘defending the defenceless’ is inarguably strong for the majority of activists. It is the reason they change their diets, their clothes, their shoes, their habits, their ecological foot-prints – the reason they lose the support of family and friends – the reason they ‘put themselves out there’ to be abused, ridiculed, berated, laughed at and sometimes beaten up and jailed. Still there comes a time when many activists feel that protest alone, fails them – fails to satisfy the essential human need for progressive physical actualisation of goals and projects that sees:

These and many more are the dreams growing within the hearts and minds of activists everywhere who are retiring their placards and banners in preference using their time, talents and resources to bring to fruition the ‘FOR’ side of everyday animal rights, as well as, environmental and socio-economic activism.  From this point on, it is common for longer-term vegan activists to turn their attention to the greater concerns of the whole; which includes concern not only for animals, but the environment and the socio-economic conditions of humankind.

Suddenly looking at or posting, or even being part of animal right-to-life protests, doesn’t cut the mustard. It begins to feel empty – meaningless; as if one has dragged the freezer into the front yard and is now trying to defrost it outside in a snow storm.  If only… if only there was a way to come out from being walled off behind a computer. If only there was a way to come home after shouting ‘Meat is Murder’ outside a meat market till we’re hoarse that wouldn’t leave us feeling that all our shouting fell on deaf ears and come to naught.

Surely there is a way to achieve more than protest ‘against’ everything that is wrong in the world?

Many previously active activists have given up public protests. Instead, these once visible and high-profile activists have found ways to take a more proactive role in demonstrating ‘how things can be put right’.

It is true to say that many who have transitioned and maintained a vegan diet, over time come to see the remaining hypocrisies within their lives that need to be addressed and overcome. As an example, it can be discomforting when one wakes up and realizes that here they are, protesting the wide-spread use of Monsanto’s Roundup – toxic glyphosate for weed control; and yet they themselves have never as much as pulled a weed from around an organically grown fruit tree or vegetable patch.

Accordingly, many vegans appear to disappear from the usual popular vegan forums where they were once extremely active, engaged – 100% committed to supporting the cause of converting as many people as possible to a plant-based, cruelty-free diet.  Suddenly we notice these once prominent members are not posting or commenting anymore; which naturally leaves us wondering ‘what the heck happened to them’. Did they fall of the wagon because ‘being vegan your whole life is really too hard?’ Or did they actually get sick as the naysayers predict, if one doesn’t consume meat, eggs or dairy?

Be assured that if those who are ‘missing in action’ are eating a well-balanced wide variety of fruits, nuts, greens and other vegetables, as well as, supplementing with vitamins and minerals such as B12 and magnesium, as needed – then no, they did not disappear from the forums or Facebook Communities because they are too sick and lifeless to show themselves.

Yet it is true that some even previously well-known vegan activists and promotors of the cruelty-free diet, do unfortunately ‘fall off the wagon’ returning to eat fish or milk intended for baby calves. It does happen. Yet the small minority who fall away from a full-on commitment to veganism, rarely if ever, return to eating the flesh of cows, pigs, chickens, ducks, geese, turkeys, rabbits, sheep or lambs. It just doesn’t appear to occur with measurable frequency.

Even so, it is easy enough to let good habits fall by the wayside; especially if we allow ourselves to give into temptation, particularly when the bulk of our social interacts are with non-vegans who put the pressure to forsake our principles for no more a cause than to ‘join in’, and be ‘one of the crowd.’ Vegans and environmental activists are indeed up against it. In most regular social circles as well as workplaces, caring about what you eat, what you consume and support, unfortunately isn’t considered ‘hip’.

Sometimes it feels like we are swimming against the tide – always the odd-ball, always the butt of inside jokes.

This type of pressure to fit in, can and will take its toll on both our confidence as well as mental health. Pressure from family and close friends as well as work colleagues to ‘give up this craziness’ can cause even the most dedicated and experienced activists, severe emotional distress that often goes unrecognised, until it shows up as debilitating depression, chronic anxiety and even thoughts and attempts at suicide.

Birds of A Feather Flock Together

With this in mind, activists need to take the advice to protect themselves seriously. If an activist practices alone, they must be aware that they are more vulnerable to attack. This is why communitarians committed to animal rights, environmental and socio-economic development and justice activism, ‘flock together’ to both protect and support one another to ‘hold the line’.

Communitarians are well-aware that ‘we become who we spend the most time with’.  It is for this reason that in their early years of association, communitarians do everything they can to protect themselves from others who might negatively influence them to pull them away from evolved principles and practices that respect the life and liberty of all creatures, great and small.

Through the mentoring and guidance offered via Communitarian Union Facebook Group as well as the in-person Gestalt gatherings, communitarians are able to develop the wisdom of discernment to ensure they do not ‘fall away’ from their hard-won cruelty-free, environmentally responsible and sustainable diet and lifestyle.