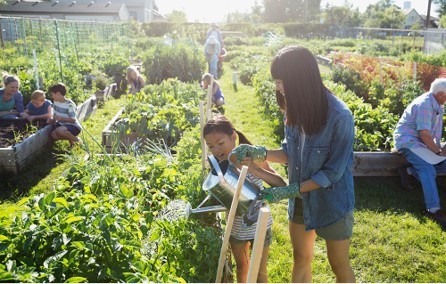 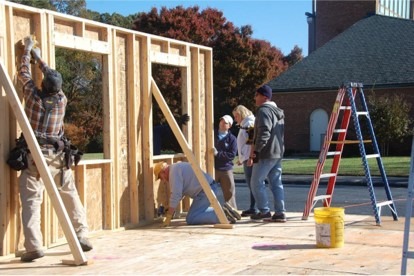 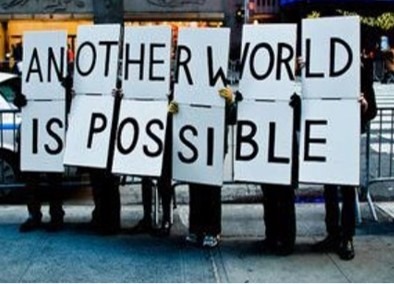 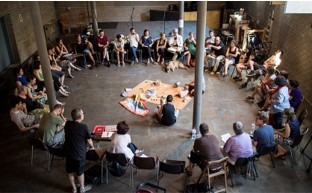 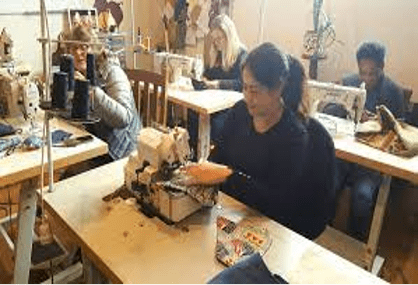 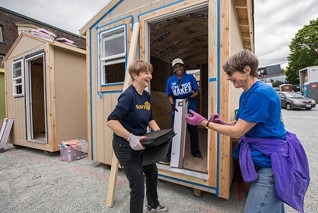 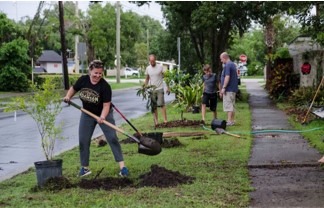 creating equitable access to provisions that sustain life, liberty & security through ‘holding all things in common’

In the current era, there are growing numbers across the globe that have the right to be counted amongst the acclaimed ‘modern revolutionists’ determined to make the blind ‘see’ the destructive motives and influence of corporate greed and corruption. However, it would be a grave mistake to cast contemporary ‘change-makers’ as throwing grenades; plotting to assassinate presidents; or picking off one-by-one crooked exploitive corporate board-members; except with their pens; which as they say, are far mightier and far reaching than any bullet or bomb could ever promise to be.

To prove the reach of the pen extends well beyond the reach of steel-forged and even atomic ammunitions, need we be reminded that the writings of revolutionaries penned more than five and more millennia ago, still ring in our ears today. ‘Let my people go’ records Moses penning an account of confronting the establishment that had enslaved and worked to death thousands of those he called ‘kin’ by association, custom, religious belief as well as ritual practices carried down through generations to the present day.

Recognised or not, many of the social media ‘information bombers’ are up there with the best of the animal rights, environmental and socio-economic revolutionaries of the past and present. It is not too far-fetched to imagine that all came into this world kicking and screaming; protesting their actual postured ‘delivery’ – the deemed necessary medical intervention of an otherwise natural birthing process.  Since their first hour, no doubt these hype-critics of society – critics of sex, love and power; politics and commerce, raised hell within the hallowed halls of hospital wards, before going onto do the same at school, university and anywhere else they struck.

Freedom, justice and equality are unmistakeably the three central creeds that unite the various bands of current era activists. Their agenda: a birth-right share of all it takes to sustain a quality of life that includes security and liberty for every man, woman or child, regardless of race, creed, gender, region or physical or intellectual capacity.

A number of commentaries even go as far as suggesting that revolutionaries are engrained with a different set of DNA than the average apathetic and passive conformist who is content enough to live with levels of injustice, insecurity, disparity of economic privilege and deprivation of liberty and accept it all as ‘just the way it is’. Activists certainly appear to have a keen sense of justice. It seems they are always and forever scanning the environment to determine what is out of place and needs fixing.

Clearly it is the well-honed moral fibre of activists that sets their hearts and minds aflame with the ‘courage of conviction’ to right every wrong against innocent animals and to fight every foe that starves, rapes and bombs mere children, sending them to the streets – naked, hungry, homeless, sick, maimed and ultimately to early graves. In a nutshell, the socio-economic activist’s message centres around the belief that we will never achieve equality or justice, nor overcome the massive environment problems we face, until and unless, we come together – return all the toys to the toy-box then learn to share it all.

The crux of current collective communitarian activist activities, centre on swapping out ‘Ownership’ for ‘Access.’ Modern-day socio-economic revolutionaries are opposed to exclusive possession of equipment, resources, land and built habitat. The movement is ‘FOR’ evolving ethics, standards and practices that have the capacity to bring to an end the injustice and scourge of economic deprivation, needlessly inflicted upon current and future generations.

Communitarian activists recognise that it is the responsibility of each and every one of us to play our part in transforming traditional provisioning systems, along with converting oppositional political power bases to cooperative power-sharing governance and distribution systems to actualised sustainable and eco-integrated resource management. Many millions across the globe are well aware that the law of restitution is upon us. For these reasons many hands are joining together and voices rising in unison for the reformation of systems of production and distribution in-line with evolved ethics of sustainability and justice for all of humankind as well as animals, land and sea.

Since the 1980’s, it is as if ‘we the people’ have arrived at a place where we all have one thing in common – the commonality of suffering and cycling a habitual ‘hang over’ – almost to the point of coma. Still, it may well have been happening long before that time, yet not been recognised and thus not diagnosed. However with the advent of the internet, swiftly and surely, people gained a voice. And with that voice, people across the globe began to share the same complaints.

From New York to New Zealand, Alaska to Australia and everywhere in between, people of all ages, genders and races complained of feeling worn-out, exhausted, apathetic; all out of hope that they will ever rise above the sense-numbing terror of every of being continually threatened with just off-broke poverty. Many millions began to share the reasons they put on their uniforms and marched as willing subjects to the endless dehumanising demands of capitalist conscription. The commonality – the average worker falls into line, endures even under the most pitiful circumstances, for no other reason than to ‘survive’.

Via the internet, all that was once hidden, now came to light. Many millions began to share accounts backed up by graphic details of the deplorable conditions inside clothing factories, manufacturing and mining, along with a host of service industries. Suddenly exploitive, bigoted, sexist and outright dangerous workplaces were exposed for all the world to see. The shameful, abusive and inhuman treatment of people enslaved to produce obscene profits, laid bare.

Across the urban sprawl and within rural and remote regions, many fall to utter despair due no more and no less to the falseness of the design of environments devoid of any possibility of meaningful association with others who might otherwise unite and form the foundations of organisations able to affect the transformation of economic structures. Without a stake in the actual components that turn the wheels of production and distribution, workers have little more chance of advancing toward autonomy and ultimately a secure base on which to found ‘a life worth living’ than animals in a zoo.

While imprisoned within factories and slaving on farms for less than ‘a living wage’, workers devoid of the opportunity to organise and establish worker-owned and operated enterprises, can only live their lives as a spectator sport – watching and envying the wealth and lifestyles of celebrities and the corporate elite that pass before their eyes on Television. Without a birthright share in cooperative enterprise, workers will remain forever outside looking in at all they are barred from accessing that would otherwise provide health, wealth and security.

In real terms, on the ground, the first task of communitarian revolutionaries is to recognise the chaos, waste and corruption born and perpetuated by capitalist systems, which demand profits before providing appropriate accommodation of people’s right to fair and adequate remuneration for labour and services rendered.

In addition, communitarian socio-economic reform activists ‘call-out’ the rent-mortgage cycle for what it is – a system of brutal extraction that imposes isolation and perpetual debt, as well as, crippling insecurity on billions.  The unnatural separation inflicted on those contained within the debt-ridden ‘boxes’ that canker like cancer, millions of acres of urban sprawl as well as mar rural regions, has become a deplorable disease, in and of itself. The suffering is immeasurable, yet nonetheless real as all forms of combining move further and further beyond the reach of the average capitalist conscript.

The modern revolutionary recognises that the root cause of the needless pitiful poverty that stretches across the globe, has an effective and immediate antidote. The reformation of birth-right access to quality healthful food, clean water, secure shelter, comfortable clothing and education that develops the whole person as well as access to enjoyable leisure, are all attainable through the development of communities structured to ‘share all with all’ by ‘holding all things in common’.